Restaurant Revival campaign launched by Too Good To Go 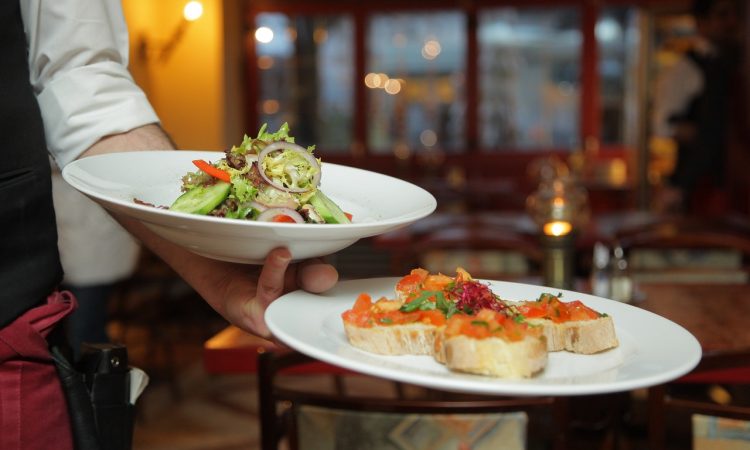 Restaurants have struggled enormously over the past eighteen months in the midst of tier systems, social distancing, and nationwide lockdowns. This is evidenced by the fact that food outlets sales are reportedly still down by 6% on pre-pandemic levels, despite all lockdown restrictions being lifted a month ago.

The Too Good To Go app, one of the forebearers in the fight against mass food wastage, is hoping to push back against these declining figures. The app began from the premise that every day, fresh and pre-packaged food goes to waste at cafes, restaurants, shops, and manufacturers, simply because it hasn’t sold in time. The app lets you buy and collect this food at a discounted price so that it gets eaten instead of wasted, helping to save both the environment and the consumers’ finances.

The app developers have recently launched a new initiative called Restaurant Revival, designed to help ailing businesses that have had to close their doors in the wake of the pandemic. The first business to make use of the scheme will benefit from the rent for their premises being covered for three months between September and November 2021 by Too Good to Go. The businesses being helped by Too Good to Go will set themselves up not in their original premises, but instead as a semi-permanent pop-up location at The Prince, West Brompton.

The Prince in West Brompton is a grand old Victorian pub brought back to life around London’s biggest pub garden. Incipio Group transformed The Prince and similar adjourning buildings into a row of restaurants with the line-up changing seasonally. Since opening, The Prince has played host to over thirty different restaurant pop ups.

Nick Wyborn, Head of Food for Incipio Group says, “We are delighted to partner with Too Good To Go on this project to help an independent in our industry find their feet again. We’re fortunate at The Prince to have the space to facilitate an initiative like this and leapt at the chance to get onside with such a great cause. It’s very exciting to think that in just a few weeks a restaurant that was closed for good will have a fresh lease of life, serving delicious plates to the good people of West Brompton and beyond!”

Paschalis Loucaides, UK Managing Director of Too Good To Go, says, “It’s no secret that the last year has had a devastating impact on the UK’s restaurant scene. Figures show that during the pandemic one tenth of Britain’s restaurants were lost as rent costs mounted up while doors were forced to stay closed. Now restrictions have been eased, the loss of these local businesses will be even more apparent.

“This is where we want to help. Much like we give a second chance to the food we save from going to waste on our app, we also want to make sure that one of London’s favourite local restaurants is given a second chance to thrive. As a chef myself, I feel particularly passionate about this campaign and I’m excited to see the applications come through.”

Too Good To Go has uncovered a fantastic way for businesses to mutually benefit from one another. The hospitality sector is a close-knit community, and it has become clear in recent times that if we are going to get through the aftermath of the pandemic, businesses and industry leaders are going to have to pull together.