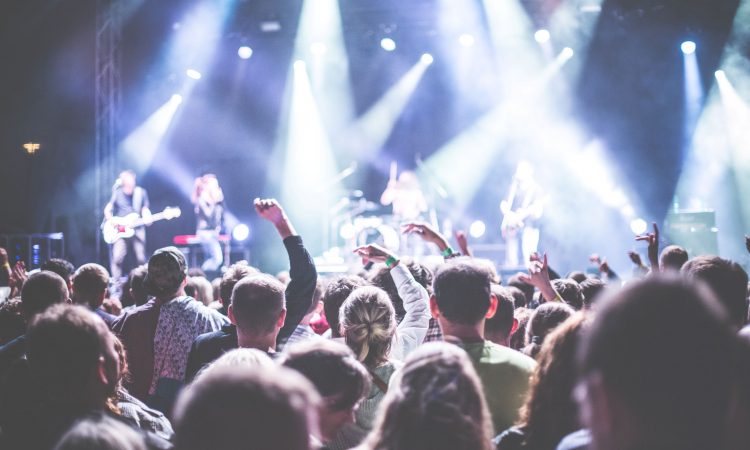 Last month, an indoor trial concert was held in Barcelona to an audience of over 5,000 people to test the efficacy of rapid antigen testing. Since then, only six out of the 5,000 attendants have tested positive, bringing hope for a revival of the music industry in the near future.

These results have been published just in time for a similar event to take place in the UK – tomorrow, a government-run Event Research Programme (ERP) in Liverpool will be held on the 30th April and 1st May at the city’s Bramley-Moore dock. A number of events will be held during a spectacle expected to span multiple days; nightclubs, theatres, and concert halls, will open. For many of these venues, it will be the first time they have been able to open since last March.

It was expected that the Hot Water Comedy Club would take part. However, the organisers have since withdrawn from the trial following ‘confusing messaging’ from the government regarding so-called ‘vaccine passports’. They say that they have been the subject of an online hate campaign over the publicity. Owner Mr Blair said “The reason for us backing out is the government wasn’t clear about the COVID passports. The problem is we don’t know what we signed up for.”

However, the majority of events planned will be going ahead. Two club nights will be held by Circus in the city centre. Around 6,000 people will visit the venue over two days. Circus founder Youssef posted to Twitter: “Circus will be the UK’s first club event post-covid, as part of the government pilot events scheme. April 30 & May 1 in Liverpool. Many More details soon.”

He told the media, “I think everyone, it doesn’t matter who you are in the world, we all understand this feeling. The kind of idea of being back into some sort of normality, and especially if you’re into music of any variety, half of the excitement of it is being with other people. It doesn’t matter which band or DJ or whatever it is, it’s the inclusive inclusion of what you’re used to.”

All attendees must have a permanent Liverpool postcode and will be subject to a mass-screening effort, which will form part of the largest rapid antigen testing campaign in Europe since the pandemic began. They will also be required to take a follow-up test after the event so that the effectiveness of mass testing in preventing a spike in infections can be tracked.

This event has been heralded as the key to unlocking coronavirus restrictions further as the 21st June approaches – this is the date the government have set to hopefully drop all lockdown restrictions in England. As we begin to return to normality, it is hoped that mass testing will become mandatory for large-scale events, so that the nightlife industries can return safely and successfully.

This website uses cookies to improve your experience while you navigate through the website. Out of these, the cookies that are categorized as necessary are stored on your browser as they are essential for the working of basic functionalities of the website. We also use third-party cookies that help us analyze and understand how you use this website. These cookies will be stored in your browser only with your consent. You also have the option to opt-out of these cookies. But opting out of some of these cookies may affect your browsing experience.
Necessary Always Enabled

Performance cookies are used to understand and analyze the key performance indexes of the website which helps in delivering a better user experience for the visitors.

Analytical cookies are used to understand how visitors interact with the website. These cookies help provide information on metrics the number of visitors, bounce rate, traffic source, etc.

Advertisement cookies are used to provide visitors with relevant ads and marketing campaigns. These cookies track visitors across websites and collect information to provide customized ads.

Other uncategorized cookies are those that are being analyzed and have not been classified into a category as yet.