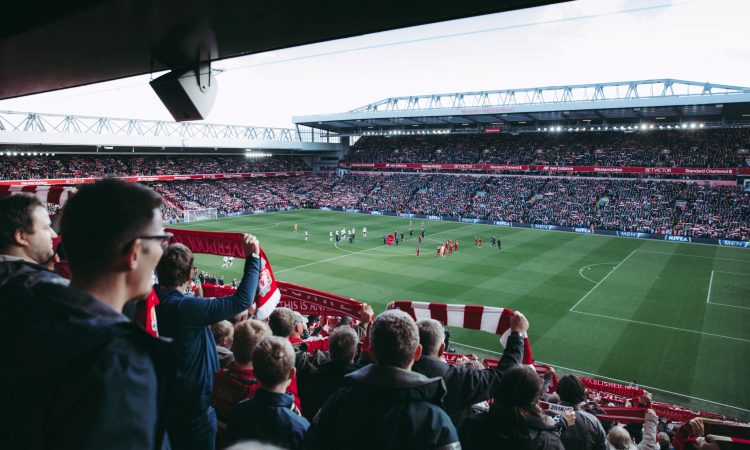 Over the past month, spectators have been attending a series of scientific pilot events to determine how venues can begin to welcome attendees again over the summer. These events have been a huge milestone for the hospitality and music industries, as well as any other sector deemed “non-essential” over the course of the pandemic.

The first ERP sports event with in-person attendants this year was the World Snooker Championship on 17th April, with crowds at the Crucible Theatre in Sheffield being steadily increased as the tournament progressed, culminating in full attendance for the final on the 2nd and 3rd May.

Meanwhile, the FA Cup semi-final between Leicester and Southampton at Wembley on 18th April was the first outdoor sports event to be accompanied by spectators, although the crowd was limited to residents and key workers living locally, rather than to fans of the football clubs themselves.

This weekend marks the end of the ERP, a process which to all intents and purposes seems to have gone smoothly. There has been no reported spike in the number of cases after each event held. The FA Cup final – again, taking place at Wembley stadium in north-west London – will host 21,000 spectators which, although seems like a huge number of people, is only 25% of its pre-pandemic capacity.

The match, which will see Chelsea take on Leicester City, will have a 17:30 kick-off on Saturday the 15th May, and will be aired on both BT Sports and BBC One.

There was some controversy surrounding the event, as it was rumoured that a coronavirus vaccination certificate would be required to attend. However, the Football Association (the FA) were urged not to adopt the scheme in anticipation of the test events, as it was flagged up to them that the use of such a scheme would be discriminatory and unnecessary.

In its stead, it was announced that only a coronavirus ‘status’ certificate would be mandatory – this could be obtained either by receiving a negative result on a lateral flow test or by being fully vaccinated. The latest government guidance states that “there will be no requirement for participants to show proof of vaccine… participants in the ERP pilots published to date will have to provide a basic Covid certification that they have tested negative for Covid-19.”

Baroness Chakrabarti, a Labour peer, said of vaccine passports: “International travel is a luxury but participating in your own community is a fundamental right. So internal Covid passports are an authoritarian step too far. We don’t defeat the virus with discrimination and oppression but with education, vaccination and mutual support.”

The ERP has been the key to allowing non-essential industries to begin operating once again, and it is an exciting time to be a part of it. Going forwards, the scientific findings from the FA Cup Final will be instrumental if live music and nightclubs are to open their doors in just over a months’ time.